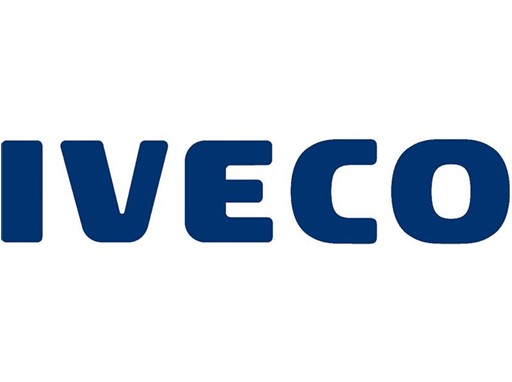 You don’t compete at the pointy end of 500cc Grand Prix motorcycle racing doing things by halves, so when former Australian champion, Daryl ‘Daz’ Beattie’, was searching for a capable truck for his off-road motorcycle adventure business, Iveco Eurocargo, Truck of the Year 2016 was high on the shopping list. Daryl’s ultimate adventure with his new Iveco Eurocargo over some of Australia’s most demanding terrain will start next May 26.
Starting ‘Daryl Beattie Adventures’ in 2013, Daryl leads personalised off-road motorcycle tours to some of Australia’s most remote and inhospitable locations including across the Simpson Desert, to Cape York and along the Canning Stock Route.
A vital component of each tour is a support vehicle charged with carrying food and water, fuel, spare parts and first aid equipment for tour participants. It’s an important function and with Daryl’s previous truck showing some signs of age and having already reached its full potential, the search was on for a larger, more comfortable and reliable ride. After researching the market, and with Iveco’s Dakar Rally victory still in recent memory, Daryl turned his sights to the Eurocargo ML 150 4x4. Daryl quickly settled on it and began a major customised fit-out.
“I’ve followed Dakar for a number of years and Iveco always perform strongly,” Daryl said.
“I’m under no illusions that my Eurocargo 4x4 is a full blown Dakar racer, but I know from personal experience that the lessons of competition do make their way into production vehicles. The Eurocargo 4x4 is also widely used for emergency service work in Europe and increasingly so in Australia.
“These factors, along with an excellent pre-sales experience with Iveco Australia gave me the confidence to go with the Eurocargo 4x4.”
According to Daryl, another benefit of purchasing the Iveco truck was having access to associated support services such as vehicle finance via Iveco’s own in-house financier, CNH Industrial Capital.
“I financed the vehicle through CNH Industrial Capital, they were flexible to deal with and I was also able to finance the body through them, this made things much easier and efficient for me,” Daryl said.
Daryl’s Eurocargo 4x4 features a standard equipment list brimming with off-road goodies including a full-time 4x4 system, hub reduction and front, centre and rear differential locks that ensure maximum traction when conditions deteriorate.
Also assisting off-road are multi-leaf springs with dual acting hydraulic shock absorbers and high tensile steel chassis that allows twisting for maximum articulation over undulations.
Other benefits include Iveco’s proven ‘Tector’ 6-cylinder, 5.9 litre turbo-diesel engine delivering 279hp and impressive 950Nm of torque from a low 1,200rpm. Power is fed to the wheels via a ZF 6-speed manual synchromesh transmission.
On the inside, Daryl’s driver ‘Scooter’ will enjoy a sound-proofed cabin, ISRI air suspended driver’s seat, an intuitively-designed dashboard and instrument cluster plus easy cross cabin access.
Taking care of the truck’s body requirements and other modifications was specialist expedition body builder, Unidan Engineering, which left no stone unturned in providing Daryl with the ultimate support truck.
Daryl said the Eurocargo 4x4 had provided his business with a blank canvass to build an exceptionally capable fit-for-purpose truck.
“Our previous vehicle was somewhat of a compromise, but with the Iveco build, there were no compromises made, we’ve used the best of everything,” Daryl said.
“The truck’s role in our tour is vital – the wheels need to keep turning or the tour stops and we’re left with a group of disgruntled customers. The preparation and quality of the build leaves me very confident that the Iveco Eurocargo will do everything asked of it and more.”
This year, Daryl Beattie Adventures will conduct a total of nine tours, during which the Iveco Eurocargo 4x4 is expected to cover approximately 50,000 kilometres over some of Australia’s most demanding terrain. The first tour begins on May 26.
The latest generation Eurocargo, launched in Europe in 2015, was voted “International Truck of the Year 2016” – a recognition of Iveco’s focus on Total Cost of Ownership and sustainability.
May, 2016

Eurocargo
International Truck of the Year