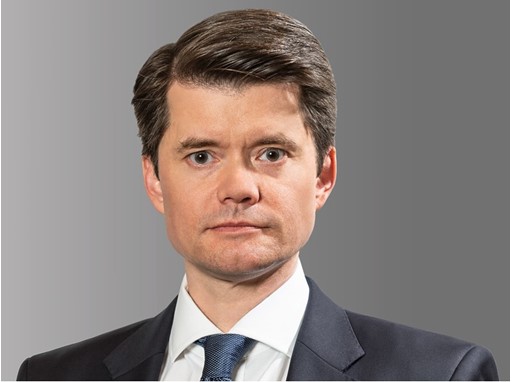 Andreas G. Weishaar joined CNH Industrial and assumed the role of Chief Strategy, Talent, ICT and Digital Officer in January 2019.
Mr. Weishaar has some 20 years experience in senior roles in international business, with deep knowledge of the agricultural sector, as well as strategic and industrial expertise.
Andreas G. Weishaar started his career at Arthur D. Little, a global management consultancy, in Zurich, Switzerland in 1999. He was rapidly promoted, and was appointed Senior Manager in the Strategy and Organization Practice in 2005.
From 2005 to 2016 he held roles of increasing importance at AGCO Corporation, a global agriculture equipment manufacturer. Initially Andreas was Senior Manager for Strategy & Integration and was subsequently appointed Director and Vice President of the function in 2008 and 2009 respectively. In 2009 Mr. Weishaar assumed the role of Vice President Strategy & Integration and Operations for China, and in 2011 was promoted to the role of Vice President and Managing Director, China, responsible for the Company’s expansion in China, and their business in India and Pakistan. In 2014 he became Vice President and General Manager, Global Green Harvesting, overseeing the Company’s hay, forage and sugarcane businesses worldwide.
Mr. Weishaar joined Welbilt Inc., a leading manufacturer of foodservice equipment, in 2016 as Senior Vice President Strategy, Marketing and Human Resources. He was appointed Senior Vice President Strategy, Marketing and Digital in 2018 and assumed the role of Executive Vice President, Chief Transformation and Digital Officer in August 2018.
Mr. Weishaar, holds an MBA (Diplom Kaufmann) from the European Business School of OestrichWinkel, Germany, having also studied at the École Supérieure de Commerce de Dijon, France and The American Graduate School of International Management, Thunderbird, Glendale, Arizona, U.S.A.