IVECO wins two of the three new “Sustainable Truck of the Year 2017” awards, with the Daily Electric in the VAN category and the Eurocargo CNG in the DISTRIBUTION category. The Stralis NP TCO2 Champion is also among the finalists in the TRACTOR category 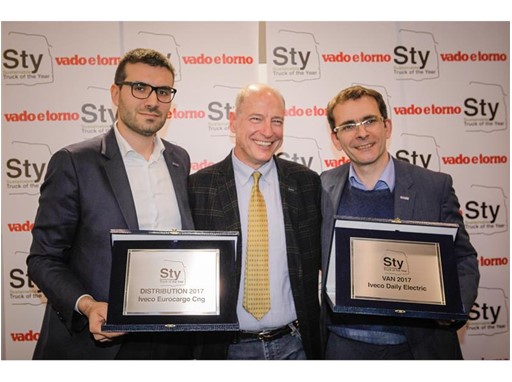