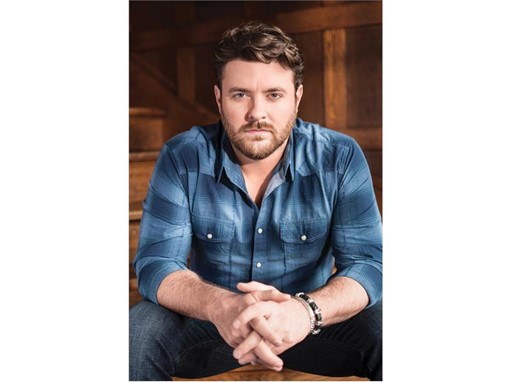 Sponsored by CASE Construction Equipment, Tour Spans 25 Dates with Special Guests Dan + Shay, Dustin Lynch and Cassadee Pope
Tickets on-sale Friday, May 6 at 10am
TN…With an impressive string of sold-out shows running coast-to-coast, Billboard Music Awards nominee Chris Young is revealing the Fall run of his 2016 “I’m Comin’ Over Tour,” with 25 shows running September through the end of the year. CASE Construction Equipment will join the tour as an official sponsor.
Special guests joining Young on tour in September and October are Dan + Shay, with Dustin Lynch coming on board in November and December. Pope, who provided direct support for the first leg of the tour, is returning for all Fall dates of Young’s “I’m Comin’ Over Tour.”
“I’ve been friends with Dan + Shay and Dustin Lynch for a while now, so to have them join me on tour and to have Cassadee back out with us again, it’s going to be a blast,” said Young.
The tour announcement is made as Young scores his eighth chart-topper and fastest rising single of his career for “Think Of You,” a fiery duet with Cassadee Pope. The song is from his ACM-nominated album, I’m Comin’ Over, which opened at #1 on Billboard’s Top Country Albums chart in November.
Tickets for the “I’m Comin’ Over Tour,” presented by AEG Live, go on sale starting this Friday, May 6 at 10am local time and can be purchased at aeglive.com​ and ChrisYoungCountry.com​. A limited number of exclusive VIP Packages will also be available for sale. These packages can include premium tickets, access to a Chris Young preshow acoustic event, limited-edition merchandise and much more.
Chris Young “I’m Comin’ Over Tour” Dates*
Sept. 29 Rabobank Arena Bakersfield, CA~
Sept. 30 Grand Canyon University Arena Phoenix, AZ^
Oct. 6 United Supermarkets Arena Lubbock, TX~
Oct. 7 Pan American Center Las Cruces, NM~
Oct. 13 Spokane Arena Spokane, WA~**
Oct. 14 Theater of the Clouds at Moda Center Portland, OR~
Oct. 15 Ford Idaho Center Nampa, ID~
Oct. 20 Hartman Arena Park City, KS~
Oct. 21 Viaero Event Center Kearney, NE~
Oct. 22 Swiftel Center Brookings, SD~
Oct. 27 Cambria County War Memorial Johnstown, PA~
Oct. 28 Memorial Coliseum Expo Center Ft. Wayne, IN~
Oct. 29 Dow Event Center Saginaw, MI~***
Nov. 10 CFE Arena Orlando, FL^
Nov. 11 Hard Rock Live at Seminole Hard Rock Hotel & Casino Hollywood, FL+
Nov. 12 St. Augustine Amphitheatre St. Augustine, FL^
Nov. 17 Bob Carpenter Center Newark, DE^
Nov. 18 Wicomico Youth & Civic Center Salisbury, MD+**
Nov. 19 Crown Coliseum Fayetteville, NC^
Dec. 1 Ryan Center Kingston, RI^
Dec. 2 Cross Insurance Arena Portland, ME+
Dec. 3 Mohegan Sun Arena at Casey Plaza Wilkes-Barre, PA+***
Dec. 8 Show Me Center Cape Girardeau, MO+
Dec. 9 iWireless Center Moline, IL^***
Dec. 10 Rupp Arena Lexington, KY^***
*Dates subject to change, please check chrisyoungcountry.com​ for the latest information
~ with special guest Dan + Shay and Cassadee Pope
^ with very special guest to be announced and Cassadee Pope
+ with special guest Dustin Lynch and Cassadee Pope
**On-sale May 6 at noon local time
***On-sale May 13 at 10am local time
ABOUT CHRIS YOUNG: With five albums to his credit, Chris Young has amassed eight No. 1 singles, fourteen Gold/Platinum certifications and performed for audiences ranging from Good Morning America to Australia and Japan to Jimmy Kimmel Live. The RCA Records artist is a dynamic live performer who plays a powerhouse show packed with hits, including chart toppers “Gettin’ You Home,” “Voices,” “Tomorrow,” and “I’m Comin’ Over.” He’s an international ambassador for his genre, a talented songwriter, and a southern gentleman who is frequently declared one of country music’s sexiest men by People and Nash Country Weekly magazines. Young is just as well known for his classic baritone as he is for melt-your-heart ballads and is winning audiences across the globe. Released in November of 2015 and debuting at #1 on Billboard’s Top Country Albums chart, Young’s first co-produced album, I’m Comin’ Over, also features the three-week #1 smash title track and his latest hit, “Think Of You,” a duet with Cassadee Pope. The single and album earned him four ACM Awards nominations, including his first in the coveted Album of the Year category as both the artist and producer, and a Billboard Music Awards nomination for Top Country Song. Join the conversation with Chris Young’s more than 3 million followers on Facebook​, Instagram​ and Twitter​ and get tickets to catch him on tour at www.chrisyoungcountry.com​.
ABOUT CASE CONSTRUCTION: CASE Construction Equipment sells and supports a full line of construction equipment around the world, including the No. 1 backhoe loaders, excavators, motor graders, wheel loaders, vibratory compaction rollers, crawler dozers, skid steers, compact track loaders and rough-terrain forklifts. Through CASE dealers, customers have access to a true professional partner with world-class equipment and aftermarket support, industry-leading warranties and flexible financing. More information is available at www.CaseCE.com​. CASE Construction Equipment is a brand of CNH Industrial N.V., a World leader in Capital Goods listed on the New York Stock Exchange (NYSE: CNHI) and on the Mercato Telematico Azionario of the Borsa Italiana (MI: CNHI). More information about CNH Industrial can be found online at www.cnhind.com​.
May 2, 2016