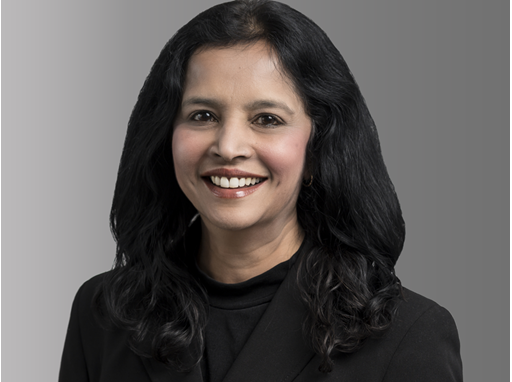 Jayanthi (Jay) Iyengar assumed the role of Chief Technology Officer in November 2019.
She has over 30 years of international technology experience in the automotive, aerospace and advanced water technology fields, much of which she gained through roles of increasing importance with Fiat Chrysler Automobiles, Eaton Aerospace and Xylem Inc.
After starting her career in product development for Delphi/General Motors in 1988, Ms. Iyengar joined Chrysler in 1997 as a Powertrain Systems Engineer. This was followed by a series of roles of increasing importance in its powertrain division, and in 2005 was named Senior Manager and Chief Engineer of Fiat Chrysler Automobiles’ (FCA) Hybrid Development Center. From 2009 – 2012 Ms. Iyengar served as Global Director, Electrified Powertrains for FCA. In 2012 she joined Eaton Aerospace as Group Vice President Engineering and Technology, and from 2015 – 2019 she was the Senior Vice President, Chief Innovation and Technology Officer of Xylem Inc., a leading water technology company.
Jay Iyengar holds a Bachelor’s degree in Mechanical Engineering from Mysore University, Karnataka, India, a Master’s degree MTech in Mechanical Engineering from the Indian Institute of Technology, Mumbai, India, as well as a Master of Science in Mechanical Engineering from Wayne State University, Michigan, USA. She has also served on the board of the Institute of Electrical & Electronics Engineers (IEEE) Vehicular Technology Society and is a current board member of Engineering Tomorrow, a non-profit focussed on promoting STEM education for underprivileged minority high school students.