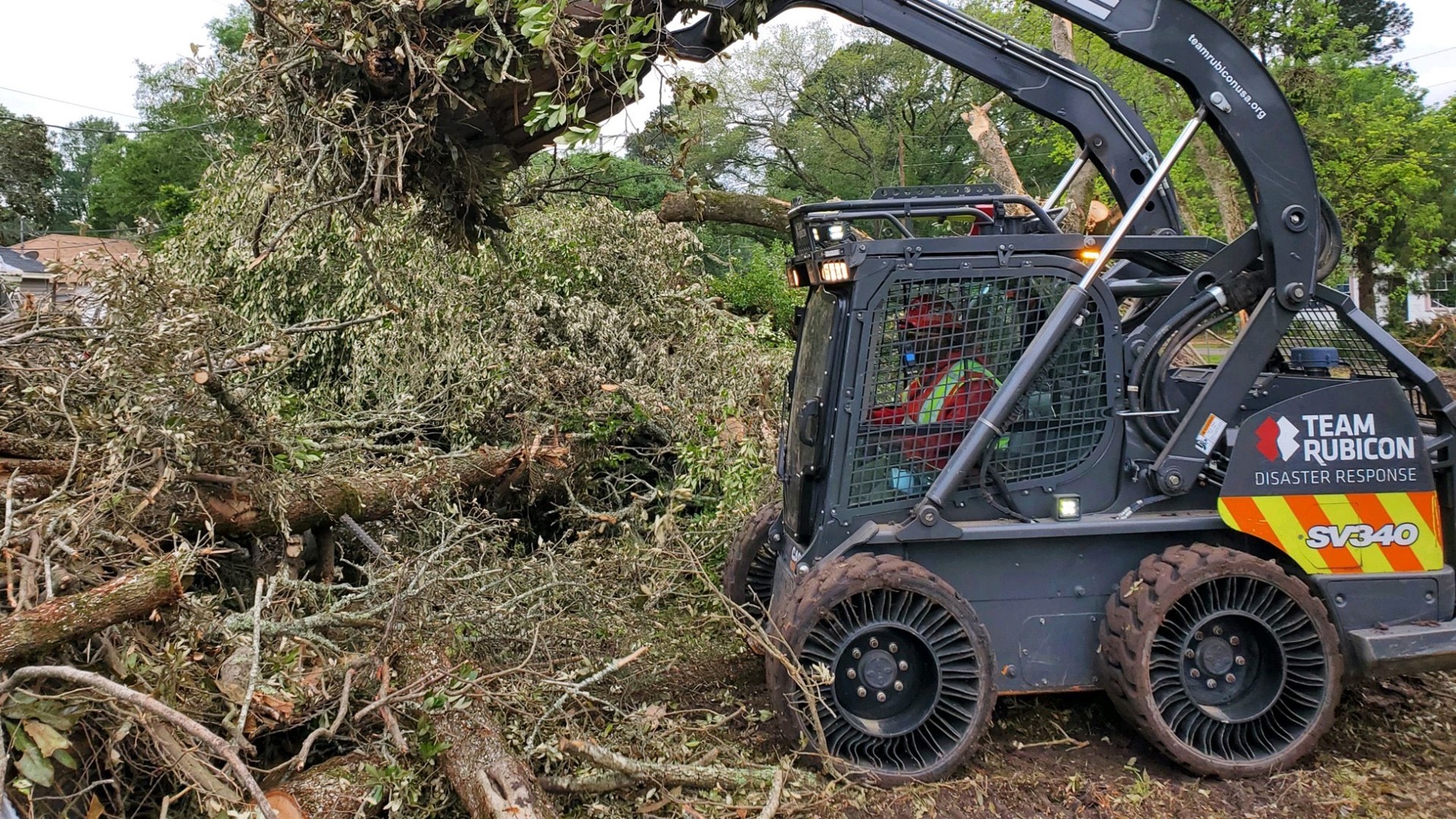 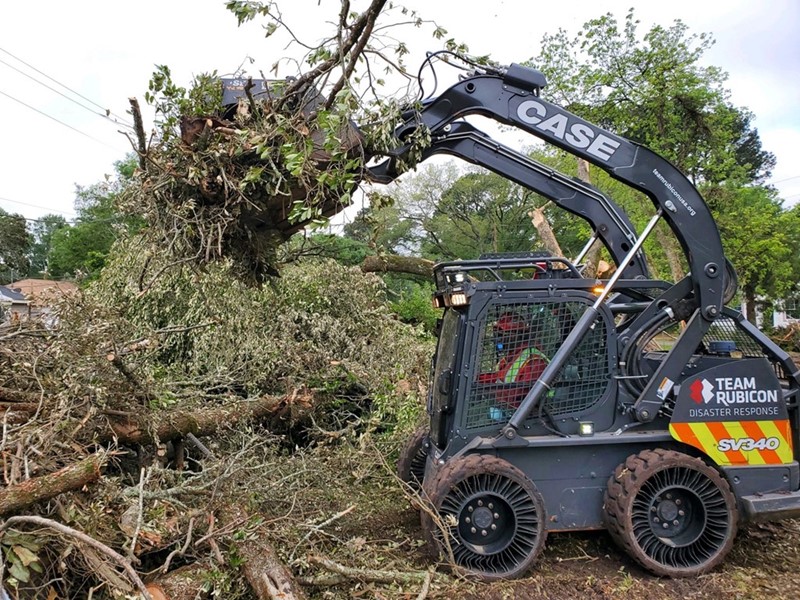 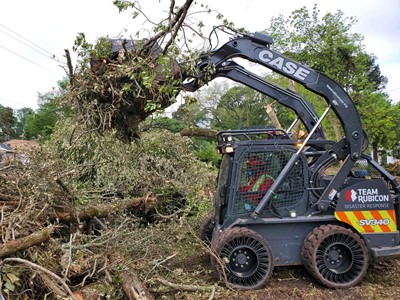 CASE Construction Equipment dealer Diamond Equipment is currently supporting Team Rubicon, a veteran-led disaster response organization, in numerous operations throughout the state of Tennessee after a series of tornadoes and heavy storms moved through the region in March and April. Diamond has provided equipment to Team Rubicon’s heavy equipment cadre for debris removal and cleanup in two separate operations based in Cookeville and Chattanooga.

CASE has also supported Team Rubicon with equipment at another cleanup operation after a tornado swept through Louisiana in April.

The operation supported by Diamond Equipment in Chattanooga is ongoing, while the operation in White and Putnam counties helped complete 45 work orders at homes and businesses, removing more than 5,500 cubic yards of debris and helping businesses and homeowners move forward.

“It takes a community to come together and help each other in times like these – and we’re inspired by the efforts Team Rubicon has taken to clean up Tennessee as we deal with these natural disasters as well as the current health situation in our country,” says Bob Brucken, vice president, Diamond Equipment. “We’re here to support the community and provide resources to those who rebuild, and are honored to work with Team Rubicon to keep Tennessee moving forward.”

“Diamond Equipment has always been there for the people of Tennessee, and their equipment matched with the work ethic and drive of Team Rubicon is a great example of how CASE and the construction industry supports local communities when they need it most,” says George Preocanin, vice president — North America, CASE Construction Equipment.

To learn more about the relationship between CASE and Team Rubicon, and how Team Rubicon uses heavy equipment in disaster response operations throughout North America, visit CaseCE.com/TeamRubicon.