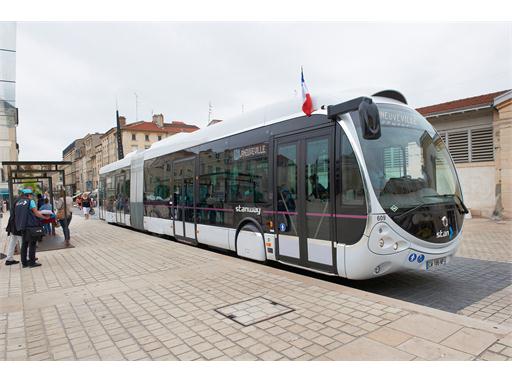 Iveco Bus, a brand of CNH Industrial, has been chosen by Baku, the capital of Azerbaijan, to supply 151 high-level service, compressed natural gas (CNG) Crealis buses. This is in advance of the Pan-European Games, which will be hosted by Azerbaijan in June 2015.

Iveco Bus has signed an order for 151 Crealis, compressed natural gas, buses for Baku, the capital of Azerbaijan. Signed by The Mayor of Baku, Cenab Hacibala Abutalibov, and Pierre Lahutte, Head of Iveco Bus, in the presence of François Hollande, President of France, and Ilham Aliyev, President of Azerbaijan, during the French President’s official visit to the country, this order totals some 50 million euros and the vehicles will be manufactured at the Iveco Bus factory in Annonay, France.

A pioneer of the European high-level service bus concept, a comprehensive system aimed at improving urban transport networks, Iveco Bus developed the Crealis as an innovative and competitive solution which optimises comfort and service.

The Crealis was developed to enable full passenger access, and the integral, low flat floor facilitates easier entry and exit for all passengers and offers improved accessibility for users with reduced mobility.

To date, over 300 standard and articulated Crealis buses have been delivered to several French networks. Subsequently, these networks have significantly increased passenger numbers, testament to the success of Iveco Bus’s high-level service bus concept.

This industry-leading technology was chosen for its environmental qualities. A particulate filter is not required thanks to the exceptionally efficient stoichiometric combustion process. It fully complies with the Euro VI emissions regulations, which are principally focused on reducing particulate matter. The CNG Cursor 8 engine’s sound emissions have been halved and it benefits from lower vibrations at all engine speeds.

Pierre Lahutte, Head of Iveco Bus, said, "This remarkable major export success, in the run-up to the Baku Pan-European Games, demonstrates that once again, we have been able to accommodate the expectations of cities by offering them attractive, environmentally-friendly vehicles, something which is high on the list of priorities for a large number of local authorities. As the leading European producer of clean, CNG buses, and with almost 5000 buses in service across Europe, we are delighted with this success, which guarantees an ever-greener urban transport service".