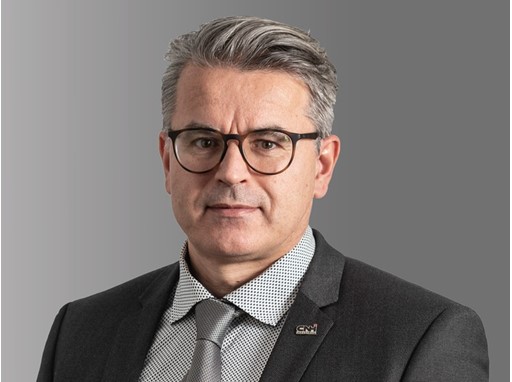 Tom Verbaeten assumed the role of Chief Supply Chain Officer in January 2019.
Mr. Verbaeten joined CNH in 1994, performing various roles in the Antwerp Plant, including Team Leader and Production Unit Manager for both Assembly and Machining areas. In 2006 he was appointed Plant Manager of Antwerp, and in 2009 he became Plant Manager for the harvesting plant in Zedelgem.
In 2011, Mr. Verbaeten assumed responsibility for Manufacturing Operations of Agricultural Equipment in Europe. In addition to his role in Agriculture, Mr. Verbaeten took responsibility for all Construction Equipment plants in Europe from 2013 onwards. He also managed the Global World Class Manufacturing activities from 2014 - 2015, in addition to his operational role.
From 2015 - 2018 Tom Verbaeten served as Chief Manufacturing Officer.
Mr. Verbaeten holds an Engineering degree from the University of Leuven, Belgium.