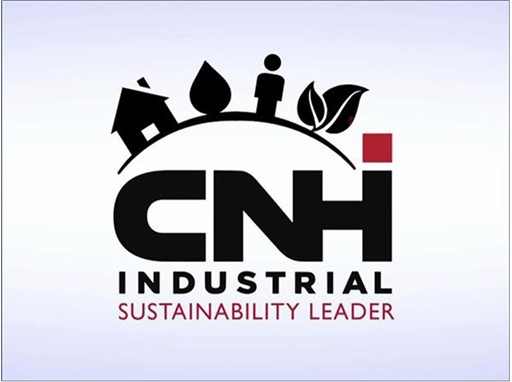 With a winning score of 90/100, CNH Industrial has been re-confirmed this year as one of the world’s most sustainable companies.
The Dow Jones Sustainability Indices (DJSI), World and Europe, have confirmed CNH Industrial as Industry Leader for the sixth consecutive year.
The 2016 assessment resulted in a score of 90/100 for CNH Industrial, compared with an average of 52/100 for the participating companies in the Machinery and Electrical Equipment industry. All companies chosen for consideration in the indices are evaluated by RobecoSAM, an investment specialist exclusively focused on sustainability investing.
“To be appointed for the sixth consecutive year as Industry Leader is not only confirmation that we are achieving results of the highest standard but that we are also able to maintain these standards over time. This significant achievement is also thanks to the continued dedication of our 64,000 employees worldwide,” commented Chief Executive Officer, Richard Tobin.
The DJSI World and DJSI Europe Indices are among the most prestigious sustainability-focused equity indices. Inclusion in these indices is limited to companies that are judged as exemplary in terms of their economic, environmental and social performance. The DJSI World evaluation process invited 78 companies to participate in the Machinery and Electrical Equipment industry category. Only 11 of which were then admitted to the index. For the DJSI Europe index, 28 companies were invited to participate and 7 were admitted.
CNH Industrial received the highest score in the principal areas of analysis in climate strategy and operational eco-efficiency (environmental dimension) as well as talent attraction and retention (social dimension) and innovation management (economic dimension).
CNH Industrial is also included among other leading sustainability indices including: Carbon Disclosure Leadership Index (CDLI), Carbon Disclosure Performance Index - A LIST, MSCI Global ESG Indexes, MSCI Global SRI Indexes, FTSE4Good, ECPI Global Developed ESG Best in Class Equity, FTSE ECPI Italia SRI Benchmark and FTSE ECPI Italia SRI Leaders, NYSE Euronext Vigeo Europe 120, NYSE Euronext Vigeo Eurozone120, STOXX Global ESG Leaders Index, STOXX Global ESG Environmental Leaders Index, STOXX Global ESG Social Leaders Index, STOXX Europe Sustainability Index, EURO STOXX Sustainability Index, STOXX Global Climate Change Leaders, STOXX Global Low Carbon Footprint.
Additional information on Sustainability at CNH Industrial: http://www.cnhindustrial.com/en-us/sustainability/our_approach_to_sustainability/Pages/default.aspx​
Additional information on the DJSI is available at: www.sustainability-indices.com​
London, September 8, 2016