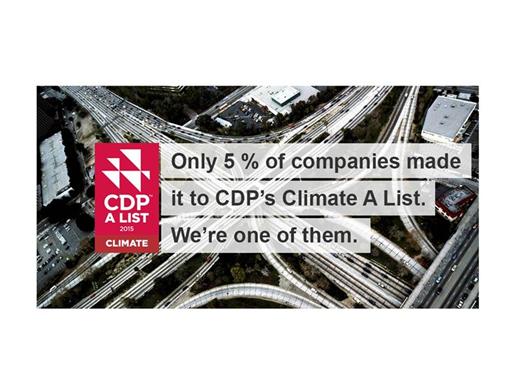 The Company is one of 113 “A-Listers” that represent 5% of the corporations participating in CDP’s climate change program to be awarded a position on the Climate “A” List. Furthermore, CNH Industrial also received a score of 100 for its transparency in reporting.

CNH Industrial N.V. (NYSE: CNHI /MI: CNHI) has once again been acknowledged as a global leader for its actions and strategies in fighting climate change. The Company has been included in the Climate “A” List by CDP, the international not-for-profit organization that provides the only global system for companies and cities to measure, disclose, manage and share essentialenvironmental information. CNH Industrial has also earned a score of 100/100 for the  ransparent communication of its actions to fight climate change.

Thousands of companies submit annual climate disclosures to CDP for independent assessment against its scoring methodology. CNH Industrial is among the top 5% of the corporations participating in CDP’s climate change program to be awarded a position on the “A” List, in recognition of its actions to optimise energy consumption, reduce CO2 emissions and mitigate the business risks of climate change in the 2014 reporting year.

As part of its strategy to fight climate change, CNH Industrial conducted 153 projects throughout the course of 2014 to improve its global energy performance, investing 7% of energy spending. The investment has led to a reduction of approximately 307,000 GJ in energy consumption, corresponding to 20,000 tonnes of CO2 emissions saved.

For the first time this year, the Company also participated in the CDP Water assessment, which evaluates water management strategies adopted by companies. CNH Industrial has received a “B” score for 2015. The evaluation is conferred according to four levels starting from D for disclosure, C for awareness, B for management, and A for leadership.