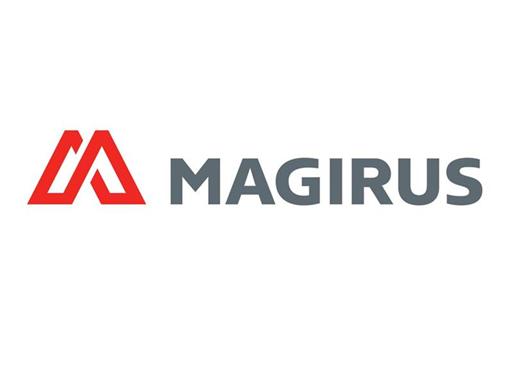 Conrad Dietrich Magirus was a visionary who wanted to revolutionize the world of firefighting. He had the first firemen’s ladders and portable pumps made on the basis of his designs in Ulm in 1864, thereby laying the foundations for the company Magirus. 150 years later, the company’s heart still beats in Ulm – and its heartbeat is “stronger than ever,” according to the CEO Antonio Benedetti, commenting on the “150 Years of Magirus” anniversary and the presentation of the company’s new excellence center. Magirus is celebrating its anniversary at its head office in Ulm together with 600 invited guests from the worlds of politics, business, and the international firefighting scene, as well as some 6,500 customers and employees, taking those in attendance on a journey back in time through the history of firefighting and giving them some insights into the shape of things to come.

The company’s anniversary celebrations serve as a reminder of Conrad Dietrich Magirus’s significant contributions to the world of firefighting. The firefighter from Ulm revolutionized the world of firefighting with his groundbreaking inventions, with his sights set on a specific goal at all times: to make things safer for himself and his colleagues. Magirus made a name for himself around the world with his very first invention – a freestanding extension ladder which came to be known as the “Ulm ladder” – and was awarded a gold medal at the 1873 world’s fair in Vienna. When the company founder passed in 1895, his sons continued his life’s work.

At home in Ulm, at work all over the world

Over the decades, Magirus became one of the world’s biggest and most technologically advanced providers of fire safety and disaster management technology. The company currently has around 1,300 employees working at four locations (Brescia in Italy, Chambéry in France, Kainbach in Austria, and the head office in Ulm, Germany) and, as part of the CNH Industrial Group since 2013, has access to the technologies developed throughout the Group and also to a global network of engineers. In addition, the company founder’s spirit of innovation is an integral part of the company philosophy to this day, explains Antonio Benedetti: “Conrad Dietrich Magirus continues to serve as a source of inspiration for us. He advanced the two things that are essential when it comes to the safety of firefighters: technological development and the passing on of experience.”

With its new excellence center, Magirus is applying this overarching approach to the present day and is readying itself for the future. The center of excellence for fire safety brings all of the company’s areas of expertise together under one roof – from the R & D department, the production plants, and the test benches for calibrating and programming pumps and vehicles to the inspection and auditing areas. On the whole, Magirus has invested around 35 million euros in the new Competence Center in Ulm. The whole complex is now 321,000 square meters (103,000 square meters roofed) in size.

Firefighting crews from around the world can come here to collect their vehicles, familiarize themselves with the production processes, and further their understanding of the technologies and their practical application. Magirus developed a Fire Fighter Academy to this end, which is part of the excellence center and which offers firefighters various training options.

At the center of the Ulm site, Magirus has built up something very unique for firefighting customers: the Magirus Experience Center in the heart of the Ulm Excellence Center. Customers coming here will feel what Magirus stands for. The latest Magirus vehicles and technologies will be presented on more than 8,000 square meters, conference rooms and meeting rooms, vehicle handover areas, a Magirus fan shop, and a historical exhibition represent a true “home of firefighting.”

Anniversary event with around 7,000 guests

“This degree of concentration of the various company divisions in a single location is unique in the world of firefighting,” says Benedetti. “The excellence center stands as a testament to our belief in Ulm and to our sense of tradition. To this day, Magirus stands for the passion and innovation that set our company founder apart.” Around 600 invited guests from around the world, 2,500 customers, and 4,000 employees and their families will have the opportunity to see this for themselves during the three-day anniversary event. Numerous product demonstrations, a history exhibition, and a diverse program will turn the company’s past, present, and future into a unique experience. Magirus is already promising to reveal further innovations at Interschutz 2015, the international exhibition for rescue, fire prevention, disaster relief, safety and security – very much in keeping with the ethos of Conrad Dietrich Magirus, the indefatigable trailblazer of modern firefighting.