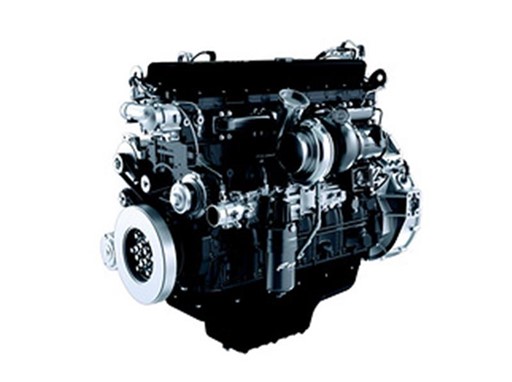 New Holland Agriculture equipment will soon feature the exceptionally efficient Cursor 16 engine which has been named Diesel Of The Year® 2014 by Diesel magazine. Developed by sister company FPT Industrial, the new 16-liter, six-cylinder in-line engine received this prestigious accolade in recognition of its technological excellence.
Fabio Butturi, Chief Editor of Diesel magazine, summed up very well what makes this new engine stand out: “The Diesel Of The Year® award is judged on technical innovation and design, with FPT Industrial’s Cursor 16 achieving this in the most exciting way: a 16-liter engine delivering 18-liter power in a 13-liter package. A compelling proposition and, in the words of FPT, a game changer.”
The Cursor 16 excels in power management, combustion efficiency and low fuel consumption, resulting in lower total costs of ownership for the customer. To do this, it uses FPT Industrial’s patented High Efficiency Selective Catalytic Reduction (Hi-eSCR) technology, which has been researched, designed and developed in-house to comply with the stringent Stage IV/Tier 4 Final and Euro VI emissions regulations.
The Cursor 16 delivers this powerful and efficient performance in a compact package, offering a best-in-class power-to-weight ratio although it is one of the most compact engines in its range.
Carlo Lambro, Brand President of New Holland Agriculture, commented: “New Holland customers get the full benefit of us having an engine specialist such as FPT Industrial in house. Our sister company has developed innovations and technologies that have changed the industry and, with the Cursor 16, our customers will once again enjoy the best in performance and economy when we introduce the new models equipped with this exceptional engine.”
NEW HOLLAND, PA – June 2, 2014