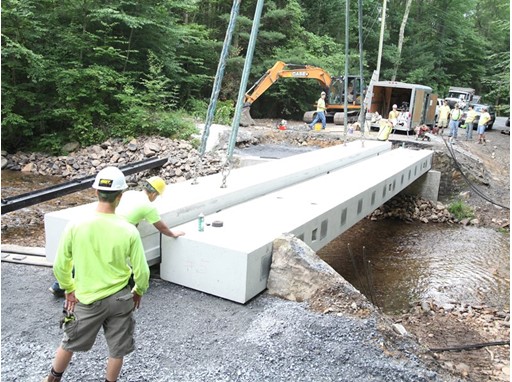 Heavy equipment OEM to provide $25,000 in free equipment use to one selected community to repair and/or build local infrastructure
CASE Construction Equipment has issued a call for entries for the 2018 Dire States Equipment Grant. Originally launched in 2016, this is the third year that CASE has offered the grant, which provides one winning community with $25,000 in free equipment use to help offset the costs of building or repairing a critical piece of local infrastructure. Representatives of municipal, county and other local governments are eligible to apply for the grant. Entrants will be asked to describe the project and provide a detailed assessment of how that local piece of infrastructure will benefit the community.
Submissions can be completed at DireStates.com/Grant. The deadline for entry is March 30, 2018, and winners will be announced in April.
Examples of suitable infrastructure projects include: road/bridge repair or construction, utility pipe replacement, erosion control along lakes and rivers, wastewater system improvements and park/recreational construction. All projects that fall within the 16 core categories of infrastructure, as identified by ASCE in its Infrastructure Report Card, will be considered.
Past Winners
Since its inception, this community building grant has been awarded to two important infrastructure projects that have made a direct impact on the people of those communities—a bridge replacement in Pennsylvania and a crucial flood mitigation program in New York.
In 2017, the grant was awarded to Quincy Township, Pennsylvania for use on replacement/repair work on the Old Forge Bridge—a deteriorating bridge in an important location that risked access to residents, as well as fire departments, ambulances, police, school busses and other essential components of the community. See the following video for more information: North America - 2017 Dire States Grant Winner.
In 2016, the grant went to Tioga County Soil and Water Conservation District (SWCD) in Tioga County, New York. The SWCD used the grant to supplement their Environmentally Sensitive Stream Maintenance Program to mitigate damages from flooding events, which have had considerable impact on the local infrastructure and community in recent years.
The grant is named for CASE’s infrastructure awareness and advocacy initiative, Dire States, which evolved from a national tour in 2013 that focused on raising awareness of America’s ailing infrastructure into active campaigning for specific programs and legislation.
All local governments in the United States are eligible to apply. A full list of rules and submission criteria are available at DireStates.com/Grant. For more information on Dire States, visit DireStates.com. For more information on CASE, visit CaseCE.com.
Racine, Wis., January 3, 2018