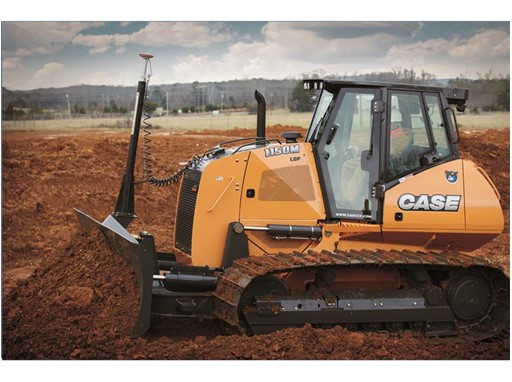 Machine control isn’t just about long grades. Here are six practical uses of machine control that will improve your earthmoving today.
​
By Brad Stemper, brand marketing manager, CASE Construction Equipment.
Machine control on heavy equipment is often synonymous with road building and large site prep – but it’s not all about the long grade. Here are six machine control applications that can immediately help improve productivity and reduce rework in earthmoving applications.
1) Trenching at a specific depth using a 2D system: excavators, backhoes and compact excavators can all be outfitted with 2D and 3D machine control systems to assist in everything from mass excavation to precisely sloped trenches. Sometimes, however, a trench only needs to be a certain depth below the contour of the land. An excavator with a 2D system in this application can benchmark against the ground it sits on. The operator can set the machine to cut at a depth of six feet, as an example, and the system will indicate to the operator when the bucket has reached a depth of six feet. Then, the machine can back up, benchmark again against the new surface, and continue indicating to the operator when they’ve reached six feet in the new spot. The operator can repeat this for the entire length of the trench.
Advantage: easy to use and set up, consistent trench depth, eliminates time and energy associated with over-digging.
2) Spot-bulldozing to better prepare a site for grading: picture an untouched jobsite marked with random hills, piles and other terrain abnormalities. The dozer is equipped with a 3D system, but those inconsistencies present a challenge for the machine: by sticking to the plan, there is a risk that the dozer can be overloaded as it pushes into the piles of excessive material. The operator will also not want to risk removing too much of the material by eyeballing it manually (at the risk of undercutting and having to fill it back in). With machine control, the operator can benchmark the blade path at a higher level than originally intended. This allows the operator to pass over these problem areas and create a clean starting point to more accurately grade the site to its intended plan.
Advantage: easier on the dozer and operator, able to grade the entire site at an expedient pace.
3) Eliminating undercutting: not so much an application as a benefit related to number 2, and machine control in general. Undercutting occurs when too much material is removed from the site. The rework associated with undercutting doesn’t just create double the work (bringing more material in to bring the site back up to the original plan), it actually requires triple the work in some applications where compaction is then required to bring the material to spec. The goal is to only move material once. The greatest benefit of machine control: getting the job done right the first time.
Advantage: eliminating rework, saving time and cost (fuel, labor, etc.).
4) Mass excavation: contractors don’t often connect precision with mass excavation applications – they’re often focused on just moving as much dirt as quickly as possible, and then worrying about the finished grade at a later date. But a machine control system equipped on an excavator can allow that operator to dig with full speed and confidence, and never over-excavate. By getting the terrain as close to the final grade as possible, it’s going to eliminate having to haul in more material in the future.
Advantage: increased productivity and reduced finishing work.
5) Better contouring jobsite edges to the surrounding land: 3D systems outfitted on both dozers or graders can help contractors seamlessly connect the project to the contour of the ground surrounding it. Without machine control, a contractor may just simply cut and fill to the plan so that it leaves an irregular edge to the project but doesn’t integrate to the surrounding property. This can impact landscape, drainage, sight lines, etc. The machine control system can be set to extend the project to the existing surface to seamlessly transition to the rolling hills or slope already present.
Advantage: Better appearance and flow with surrounding properties.
6) Skid steers and compact track loaders for final grade work around obstacles: machine control isn’t just for the big boys. If you think about final grading, especially as you get close to buildings and other obstacles, larger bulldozers and graders can’t often do that work. Compact track loaders particularly – which provide significantly lower ground pressure than other machines – can get next to buildings and operate over underground utilities, etc. without causing too much disturbance. The agility of these more compact machines compared to their larger counterparts also offers significant productivity and accuracy benefits in tight spaces.
Another unique application for a compact track loader or skid steer would be a small project such as sportsfield construction and maintenance.
Advantage: Greater agility, responsiveness and accuracy in relatively confined spaces.
Your mission: think outside the box. Machine control technologies are becoming easier to operate and integrate across fleets every day. And with that comes increased ROI and a greater ability to positively affect the work you do. Don’t think of it as a technology that’s only suitable for large bulldozers and motor graders – think of it as a transformative technology that will help you get onto the next job faster and more profitable.