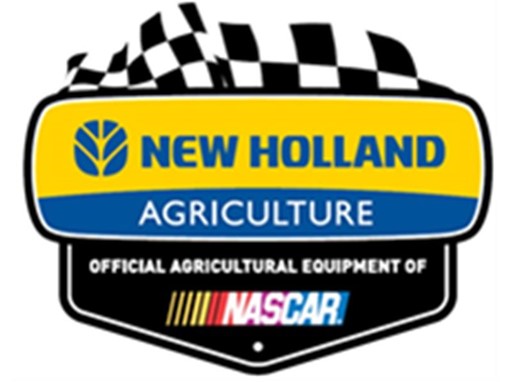 In grateful recognition of the bravery, service and sacrifice of the nation’s military and first responders, New Holland has announced the True Blue Salute program. During the program period from Memorial Day, May 26, 2014, and continuing through the celebration of Independence Day on July 5, 2014, New Holland will make charitable donations to Fisher House Foundation and extend a special equipment offer to active, reserve and retired military, first responders, and their immediate family members. The non-profit Fisher House Foundation provides a "home away from home" for military families to be close to a loved one during hospitalization for an illness or injury.
“New Holland is honored to show our appreciation and support of our military and their families through the True Blue Salute program and to contribute to the exceptional work being done by Fisher House Foundation.  It’s our way of saying thanks to our nation’s heroes who serve and protect us,” says Mark Hooper, Director Marketing for New Holland in North America. Since January 2012, New Holland has raised over $1.2 million for Fisher House Foundation through True Blue Salute programs.
Donation made for each “thank you” tweet or post
New Holland is inviting everyone to show their appreciation to our nation’s heroes by tweeting a “thank you” at #truebluesalute or posting a “thank you” on the New Holland Facebook page.  For each “thank you” tweeted or posted, New Holland will donate $1, up to $10,000, to Fisher House Fisher House Foundation​​Foundation.
Donations to Fisher House Foundation can also be made by texting “salute” to 20222. By doing so, a one-time donation of $5.00 will be added to your mobile phone bill or deducted from your prepaid balance. Message and data rates may apply.*
As the Official Agricultural Equipment of NASCAR, New Holland will join NASCAR in its long-standing tradition of supporting the United States Armed Forces with NASCAR: An American Salute, a platform that rallies teams, tracks, fans and partners to collectively honor active and retired service members and military families. NASCAR: An American Salute kicks-off Memorial Day weekend at Charlotte Motor Speedway's Coca-Cola 600 and concludes Independence Day weekend at Daytona International Speedway's Coke Zero 400.
During the seven-week span between the two races, teams, tracks, partners and fans will show their thanks through various activities on and off the track. The wider NASCAR community can show gratitude by visiting www.NASCAR.com/Salute and using the hashtag #NASCARsalutes on Instagram and Twitter.
Equipment customer incentive for military and first responders plus contributions to Fisher House Foundation
During the True Blue Salute program period, New Holland will offer active and retired military personnel, veterans, firefighters, police officers and their spouses, children, and parents, $704 off the purchase of select New Holland tractors and light construction equipment. Additionally, for each of these units sold, New Holland will donate $250 to Fisher House Foundation. Equipment eligible for the True Blue Salute offer include New Holland Boomer™ compact tractors, WORKMASTER™ and PowerStar™ tractors, Rustler™ utility vehicles, select New Holland utility and specialty tractors, and New Holland light construction equipment sold by an authorized New Holland dealer. Details are available from New Holland dealers or at www.newholland.com/na.  A valid, government-issued military ID card or other proof of service is required to receive the discount.
NASCAR weekend for a Fisher House family
In addition to monetary donations to Fisher House Foundation, as the Official Agricultural Equipment of NASCAR®, New Holland will also provide an Ultimate NASCAR  race weekend to a family with a military member staying at a Fisher House facility. The unforgettable weekend will include race event tickets, lodging, and exclusive garage tours for the Pocono 400 NASCAR Sprint Cup Series race weekend June 6-8, 2014, at the Pocono Raceway.
NEW HOLLAND, PA - May 26, 2014
* By texting “salute” to 20222, a one-time donation of $5.00 will be added to your mobile phone bill or deducted from your prepaid balance. All donations must be authorized by the account holder. All charges are billed by and payable to your mobile service provider. User must be age 18 or older or have parental permission to participate. By texting YES, the user agrees to the terms and conditions. Service is available on most carriers. Message and data rates may apply. Donations are collected for the benefit of the Fisher House Foundation by the Mobile Giving Foundation and subject to the terms found at www.hmgf.org/t. You can unsubscribe at any time by texting STOP to short code 20222; text HELP to 20222 for help. For privacy policy see: www.fisherhouse.org/about/faqs/.