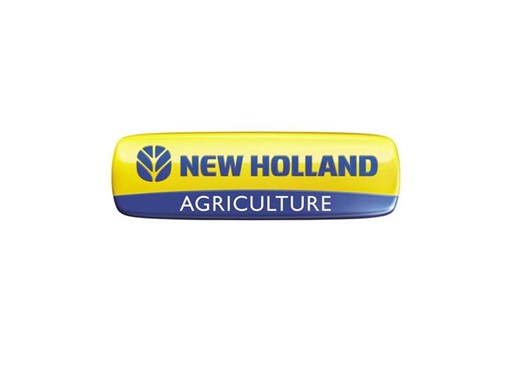 With both National Ag Day and the NCAA Men’s Basketball Tournament as its stage, New Holland revealed a new brand campaign today focused on a drive to equip the agricultural industry for what’s ahead: a new world that demands more from the land and the pioneering individuals who grow, farm and build on it every day.
Farmers of the 21st century are faced with more challenges, pressures and unknowns than ever before. More than 12 decades after inventing the world’s first self-knotting baler, New Holland aims to reaffirm its commitment to being a go-to-partner for agricultural operators by providing the agricultural industry with expertly engineered equipment. This reaffirmation has inspired a campaign which speaks to approaching the industry’s emerging technologies, demands, and challenges.
“For more than 120 years, New Holland has built a brand around its passion for farming and enduring focus on innovation,” said Chun Woytera, Senior Director of Marketing for New Holland North America. “When we launch a new product or technology, we do so because we know it will help our customers operate more efficiently to meet the ever-growing demands placed on the industry and the people who make a living by it. That is the story we’re sharing with our new campaign.”
The Equipped for a New World campaign debuts today with the company’s first television spot ever to air during the NCAA Men’s Basketball tournament. The television spots will air on CBS and cable in select markets. Also, this new campaign will be featured in print, social, digital display, online video, dealer point-of-sale and via a new landing page, www.EquippedforaNewWorld.com​​.
New Holland’s history is one of continuous innovation and dedication to making agriculture easier and more productive for the world’s farmers. This history is punctuated with events that have shaped agriculture’s history books with industry firsts that have improved the lives of farmers around the world. New Holland cemented its leadership with innovations such as the world’s first automatic self-tying baler in 1937, the world’s first twin rotor combine in 1975, and the agriculture industry’s first cellular-based correction signal in PLM RTK+ in 2016.
These industry landmarks have established the company’s past while shaping the future. Today, one out of every five combines sold globally is from New Holland, no one bales more hay every day than New Holland, and New Holland takes the position as the first major original equipment manufacturer to offer a proprietary cellular RTK correction network. These examples, among others, is why New Holland remains determined to change the agriculture industry for the better, and the Equipped for a New World campaign will communicate this message to New Holland customers, the agriculture industry as a whole, and the greater population.
(March 15, 2016)